Among the papers left behind by my late father Kenneth, were three bundles of correspondence consisting of some 500 handwritten letters from Edward Petter between 1885-1900. They were written while he was travelling the world as a sales representative for Peek Freans, the biscuit makers. They are for the most part addressed to his wife, ‘My beloved Angee’ (nee Oatey from Wadebridge, Cornwall) who lived with their two sons in Barnstaple, North Devon. A few letters to his brother, Henry, are also included.

The letters were written either aboard ship or from some hotel or even from the homes of some of the brethren who entertained him; for Edward was a member of the Plymouth [exclusive] Brethren who by that time had contacts and meeting rooms across the world. His encounters, however, were not confined to any particular group as he made acquaintance with many as well as acting professionally for his employers. The wide range of his itinerary, visiting so many remote places and the many trips he was sent on, bears testimony to how well he sold his biscuits.

During his travels he describes life on board, the sailing conditions, the places he visits and the amazing things he witnessed first hand, which made news. For example, he was involved in a serious railway accident in the American Mid-west, resulting in the death of seventeen passengers in the day car. Mercifully, the fire did not affect Edward seriously who he was in the sleeping car at the moment of impact, though he did lose all of his money and possessions.

Among the many interesting people he met was Queen Victoria’s third son, Arthur, Duke of Connaught, and C-in-C of the Army in India. He confided to Edward that he was hoping to relinquish his post in order to spend more time with his family.

He met many other notable people such as Hudson Taylor [see here and here] in China, as well as ordinary folk where his kindly charm and easy manner endeared him to his fellow passengers. In many of these conversations he sought to share the gospel and introduce people to the Lord Jesus. He would organize Sunday services on board ship with other believers whenever he could. He recounts some conversions as well as opposition but generally respect even among the clergymen he met.

Wherever he was in the world, his family was never far from his thoughts. He followed events at home and his concern was always for Angie and their two sons, Arundel and Harry. He was not slow in offering advice on family matters.

The Petter Letters are a unique record of the travels of a Victorian salesman in the late 19th century and, as such, they throw light on a slower pace of life where patience was required in undertaking long journeys away from home and family; so different from our own hectic lives. Apart from being a travelogue of geographic and historic interest, the letters are not written with that in mind and may be of limited value to the general public, due to the numerous accounts of his spiritual encounters. But, of course, they are of great interest to Christians who would be encouraged in their own evangelism. They are also of interest to Brethren historians as Edward touches on many Brethren issues, from time to time, notably the schism of 1890 sparked by the teaching of F.E.Raven of Greenwich (1837-1903) [see this voyage].

All in all, the letters make fascinating reading and, up until now, they have been difficult to read both because of legibility and the fine paper upon which they are written. They have been transcribed and placed on-line in order to make them available to a wider audience, as Edward Petter himself wished them to be. Footnotes and illustrations have been added to clarify and enhance the content where necessary.

The Petter Letters have now been handed over into the care of the Brethren Archive of the University of Manchester, where they will be properly preserved and made accessible to scholars.

Edward Petter with his Display of Biscuits 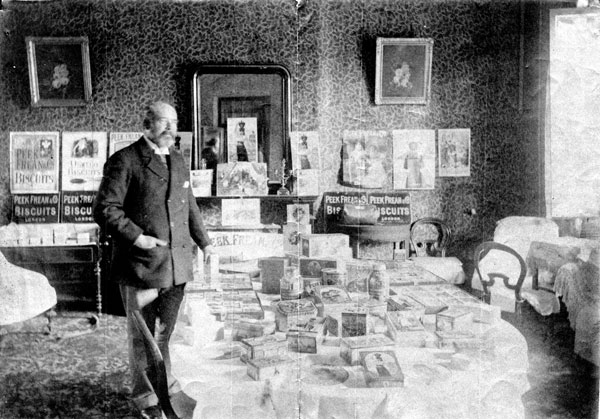 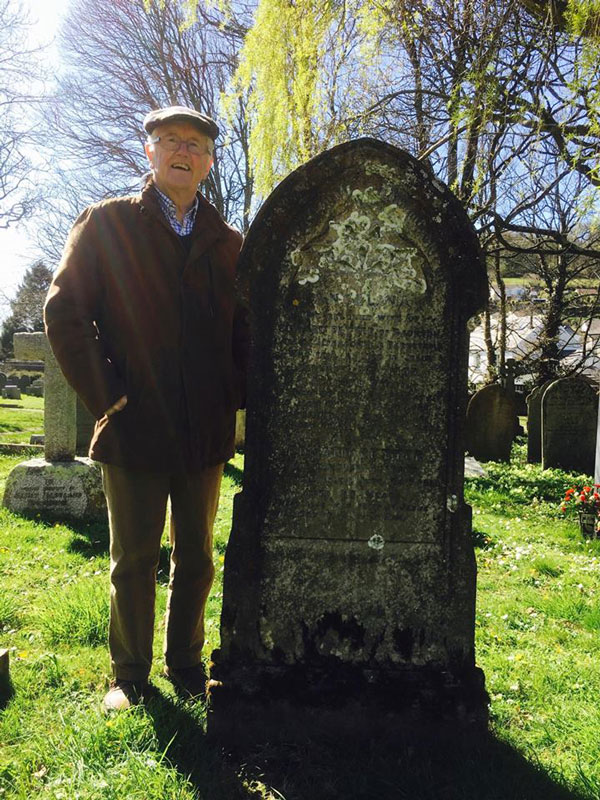 In Affectionate remembrance of

The beloved wife of Edward Petter
of Saunton. Late of Ilfracombe and Barnstaple,
who fell asleep in Jesus January 3rd 1909 aged 78 years.

" 'Tis sweet to think of those at rest
who sleep in Christ the Lord,
Whose spirits now with Him are Blest
According to His word."

"Those also who sleep in Jesus will
God bring with him."